Valued at USD 8.1 B, India's Diabetic Treatment Market is set to Grow 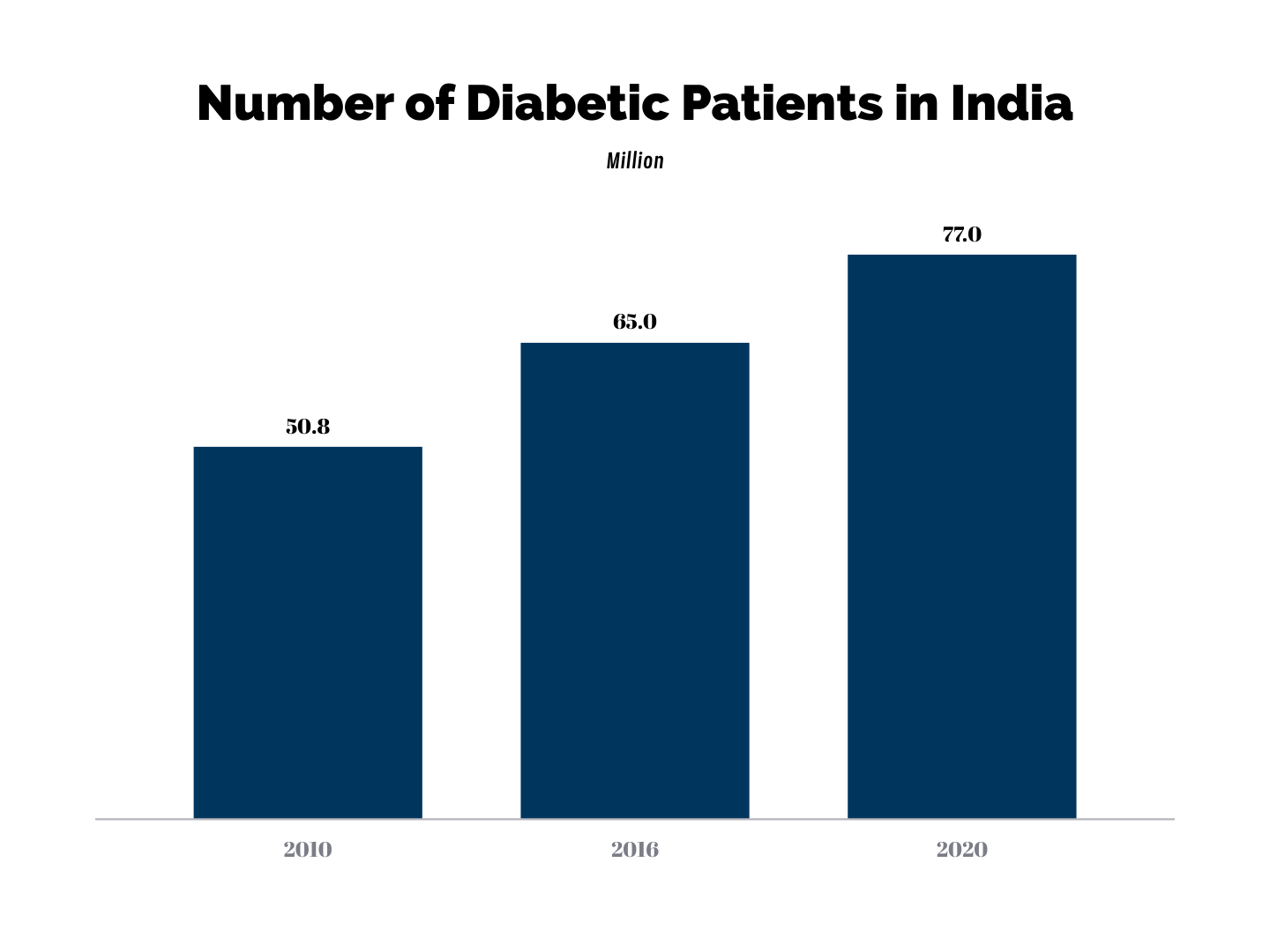 The Current State of Diabetic Treatment in India

At present, the aggregate size of the diabetic treatment market in India is valued at USD 8.1 Billion, which includes the cost of medicine, consultation, and lab test. Out of this, the size of the medicine is around 43% amounting to USD 3.48 billion. Consultation and lab testing constitutes 31% and 26% respectively. 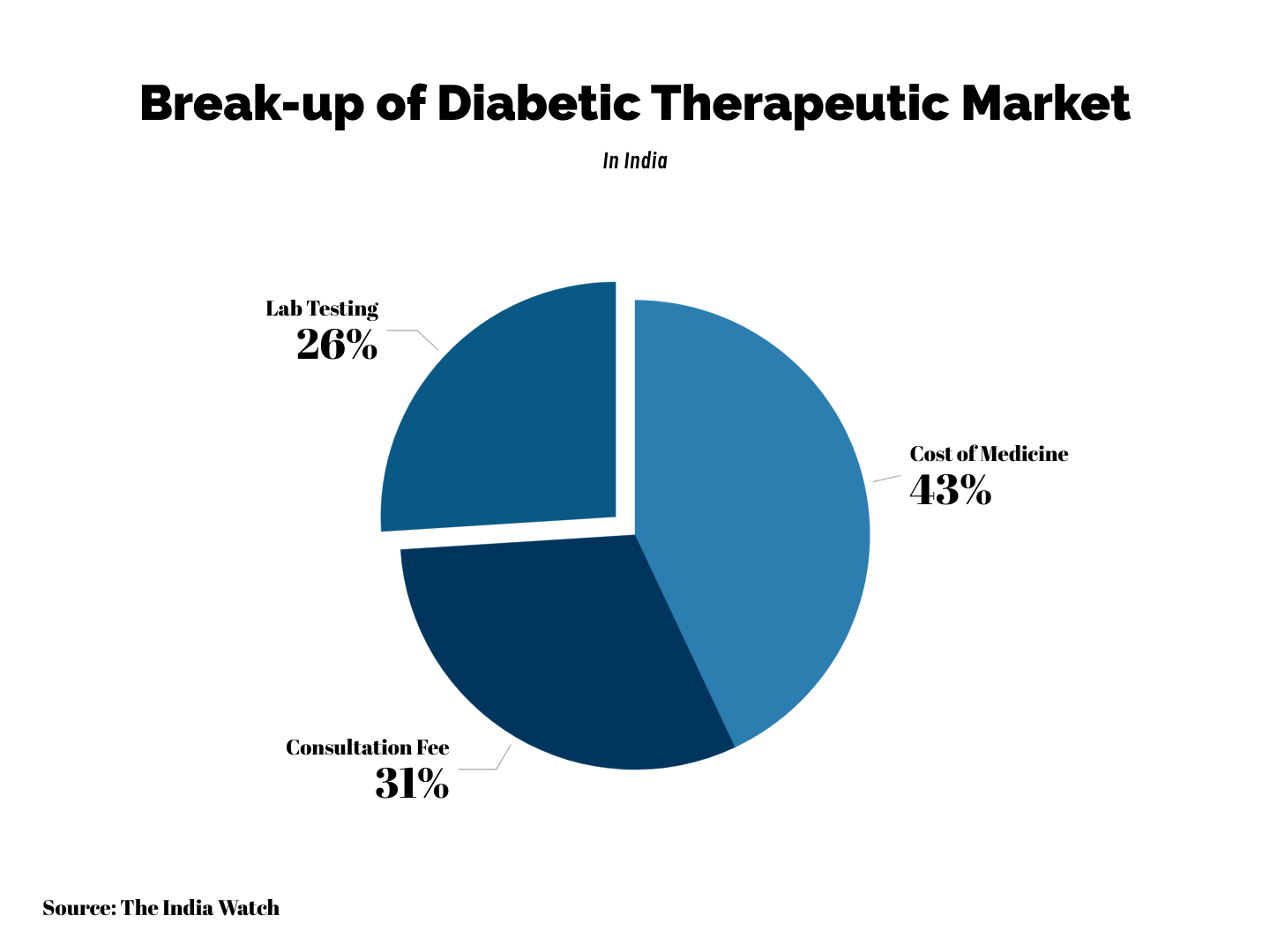