The USD 640.5 Million Haemodialysis Market in India has potential to grow Threefold

In recent years, there has been a sharp rise in chronic diseases such as CKD (Chronic Kidney Diseases). Besides genetic factors, the rise in cases of hypertension and diabetes are some of the major factors behind the surge of CKD in India. It is estimated that ~ 30% of CKDs are caused due to diabetes, whereas hypertension contributes close to the fifth of cases.

Unfortunately, mostly CKD is asymptotic, which results in detection at a later stage, often aggravating the challenge. This has consequently resulted in higher cases of End Stage Renal Diseases (ESRD). The study by €œIndia Watch€ reveals that there are close to 297,000 cases of ESRD in the country.

Haemodialysis is the preferred mode of treatment for most ESRD cases.  Though Peritoneal dialysis is becoming popular in the country, it is still less than 10% of the total dialysis market in India.

The current market size of Haemodialysis in India is USD 640.5 million, as per data revealed by The India Watch. The market has risen by a CAGR of 19.3% in the past 11 years. 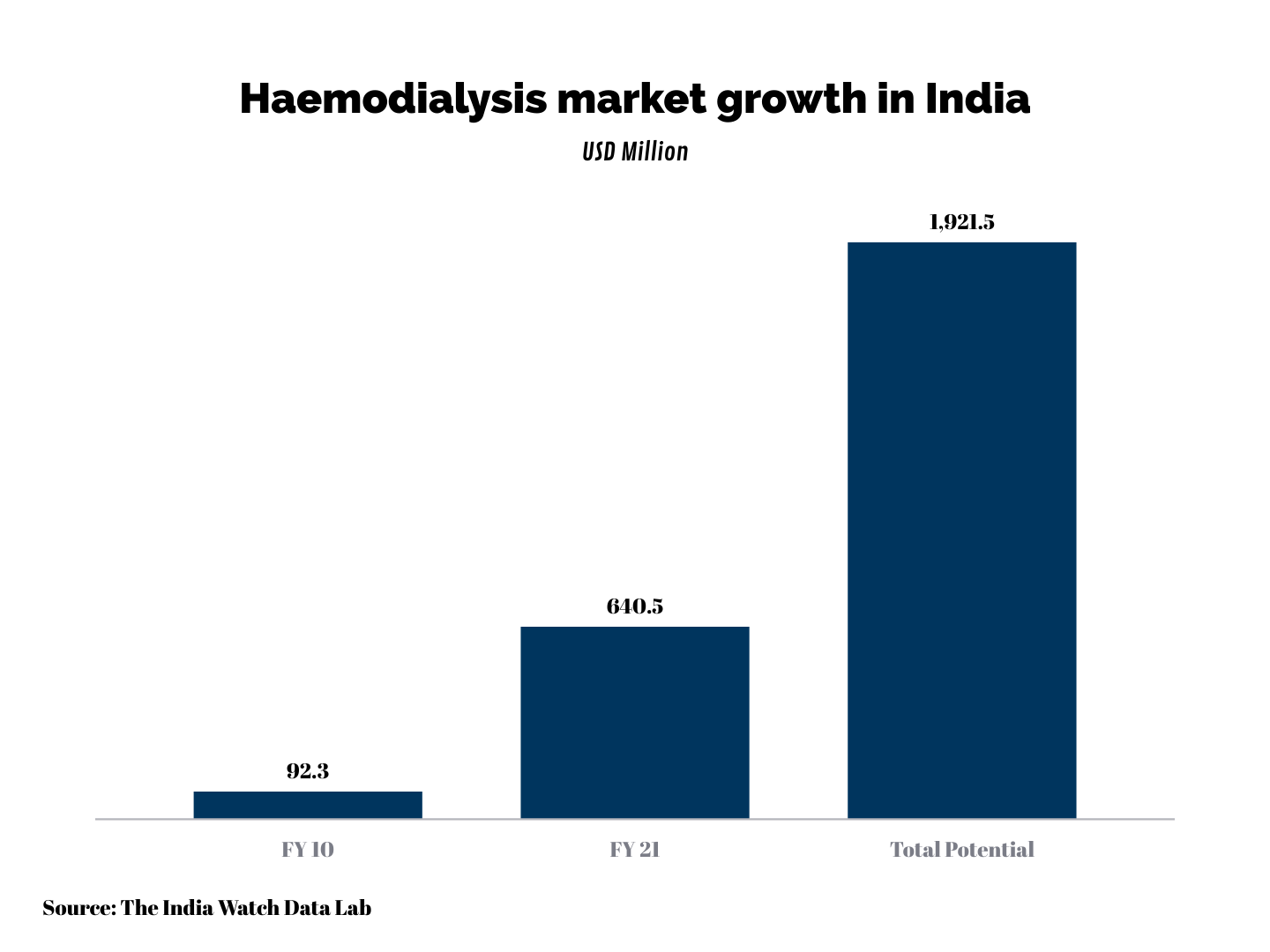 Despite a sharp upturn in demand, the Haemodialysis market in India is just the tip of the iceberg. It has the potential to grow threefold. Out of the 2.4 million dialysis cases across the world, India contributes just a little over 4%. Around 80% of the ESRD patients in India start dialysis but only a third continue due to higher costs involved. Similarly, due to limited penetration in rural parts of the country, several cases are left untreated. 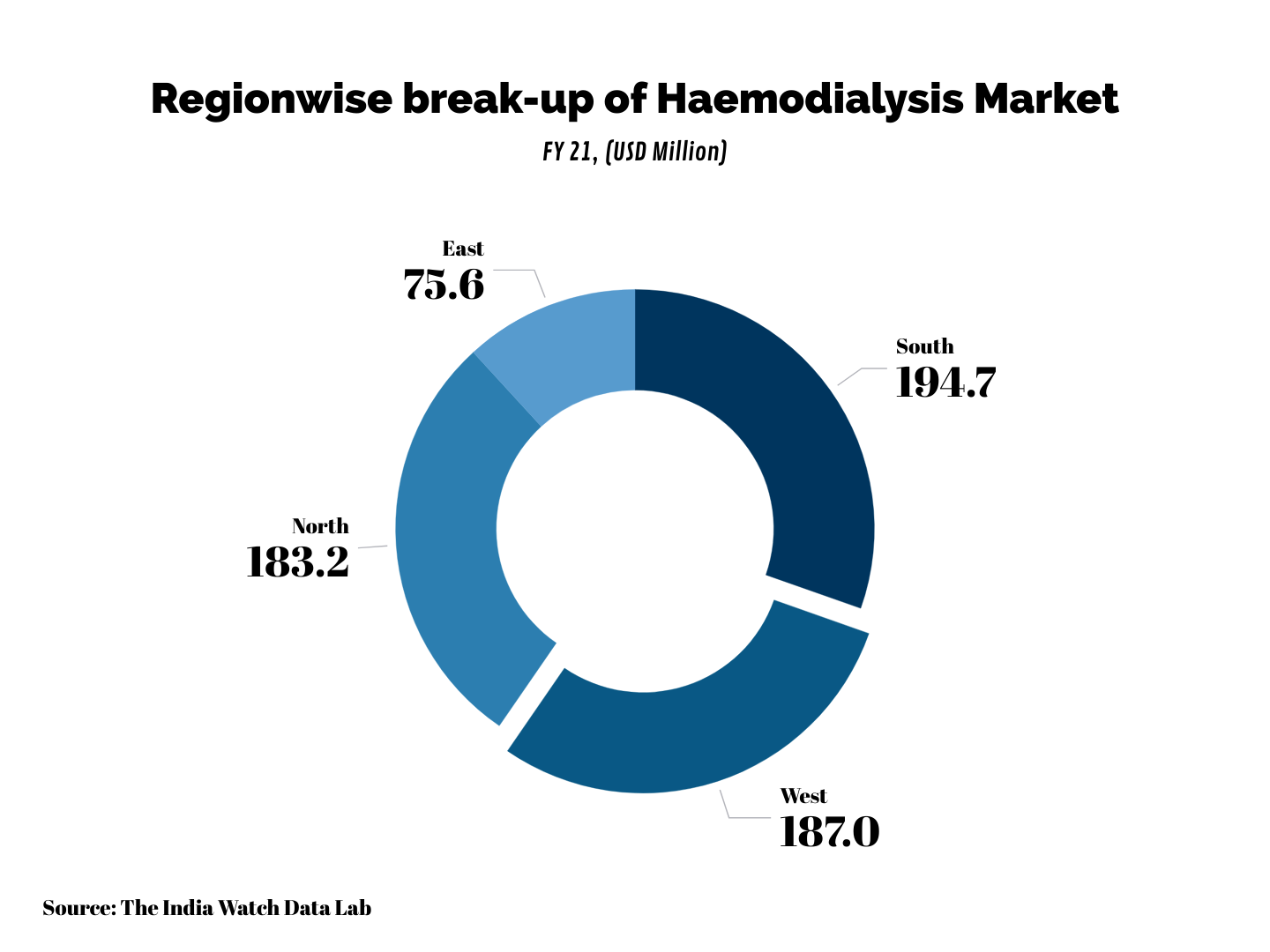 Huge Potential in the Market

As a preferred mode of ESRD treatment, India's hemodialysis market has huge headspace to grow and bridge the current unmet demand.

Each year in India around 200,000 new cases of CKD is identified. Most patients opt for hemodialysis. However, due to cost constraints, more than two-thirds of patients have to leave halfway. By offering cost-effective services, the dialysis treatment market can be transformed, and increasingly more patients can be brought under the purview of quality treatment.