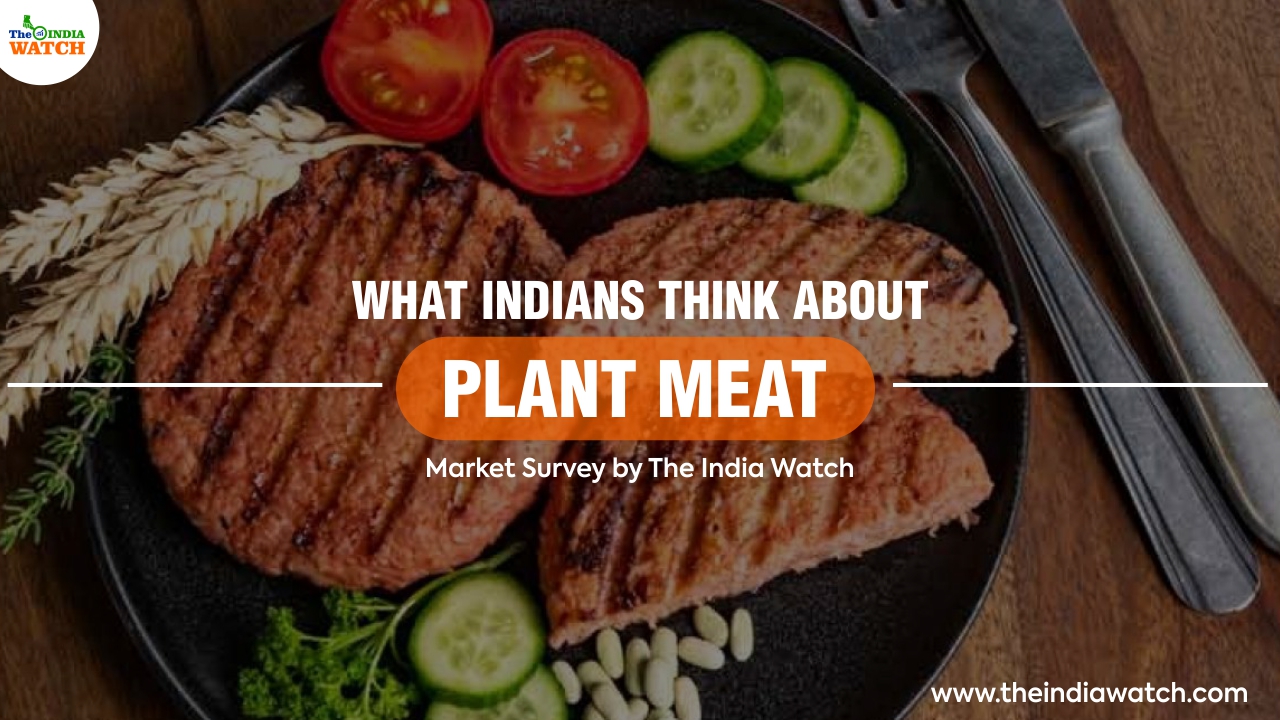 The Indian plant meat industry is sized at USD 20.4 million in FY 22. The market has grown by 55.8% over the past 12 months (In FY 21 the Indian plant meat market was sized at USD 13.1 million.) It is still a small market for a country, which has traditionally been a low meat-consuming nation. Nevertheless, the segment has tremendous future potential backed by preferences for a healthy lifestyle, slowly but gradually growing meatless movement, aggressively growing modern retail, expansive e-commerce, etc.

Recent years have seen a host of start-ups emerging in the space such as Imagine Meat, Blue Tribe, Good Dot, Ahimsa Foods, Evo Foods, Vezlay, and many more.

Growth Drivers of the Plant Meat Market in India

India’s plant meat industry is still small. However, the industry has plenty of potentials to take off and reshape India’s meat consumption.

Headwinds in the Industry

Despite a potential market, the current market for plant meat is still relatively small in India. There are numerous factors that have been hampering growth. To further evaluate how Indians view plant meat, at www.theindiawatch.com, we have conducted a major survey of 400 respondents. The survey comprised 297 men and the remaining (103) women. 47% of the respondents were aged 26-35. The survey respondents mostly comprised middle/ upper middle-income households with an average income of over INR 1.6 million/ annum.

On being asked about the key parameter that can motivate people to switch to plant-based meat, 69% of the respondents strongly believe that the idea of animal welfare. Other parameters that can be helpful are environmental wellbeing (52%) and preference for a healthier lifestyle (54%). Commenting on the survey, Mr. Paritosh Kashyap, Founder, www.theindiawatch.com, said, “The Indian plant meat industry is still in its nascent phases and the industry just holds a toehold in the overall meat industry in the country. Nevertheless, the attractive demographic dividend and evolving consumer behavior coupled with the cultural heritage of the country are conducive to the growth of plant-based meat or mock meats in the country.”

“if the industry players can deliver on taste, textures, aroma, nutritional values, etc., we can see quick adoption of such products in the country. Meanwhile, both modern retail and online commerce channels have to be effectively used to penetrate the market. Not just the Tier cities but there are visible potentials in Tier 2 & 3 cities and it needs to be catered to effectively.” Mr. Kashyap further added.

A potential segment to look into

There is a long yet enriching road ahead for the Indian plant meat industry. The demand is gradually picking up, yet it will comprise a small portion of the overall meat consumption in India. The market will be backed by favorable demographics, growing concern about environmental sustainability, and looking out for alternate sources of proteins. Likewise, there is a growing segment of the population, which is not comfortable with animal slaughter. However, they do have cravings for meat. For such consumers, mock meat can be a prudent alternate solution.

The growth of D2C marketing will drive the demand. Similarly, numerous big retail outlets such as spencer, nature’s basket, reliance retail, etc. have started keeping plant meat products, which will help in the rise in awareness. Recently, coffee chain Starbucks has also partnered with Imagine meats to sell vegan kebabs, rolls, croissants, etc. in its cafes. Increasingly hotel chains and cafes are now opening to the idea of serving mock meat products.

As the meatless movement is gaining steam in the country, there is a tremendous opportunity for international producers to thrive in India. International ventures can mull partnering with local food manufacturers, start-ups, e-commerce & retail chains, F&B chains, etc.

Moreover, the Indian government is also facilitating international investment in the food processing sector through policy support and a 100% FDI under the automatic route. Dedicated food parks have been created all over the country to support the food processing and manufacturing industry. 100% FDI is also allowed in single-brand retail and multi-brand food retail. To bridge the knowledge gap, the government is also spending on supporting research in the field of lab-grown meats.