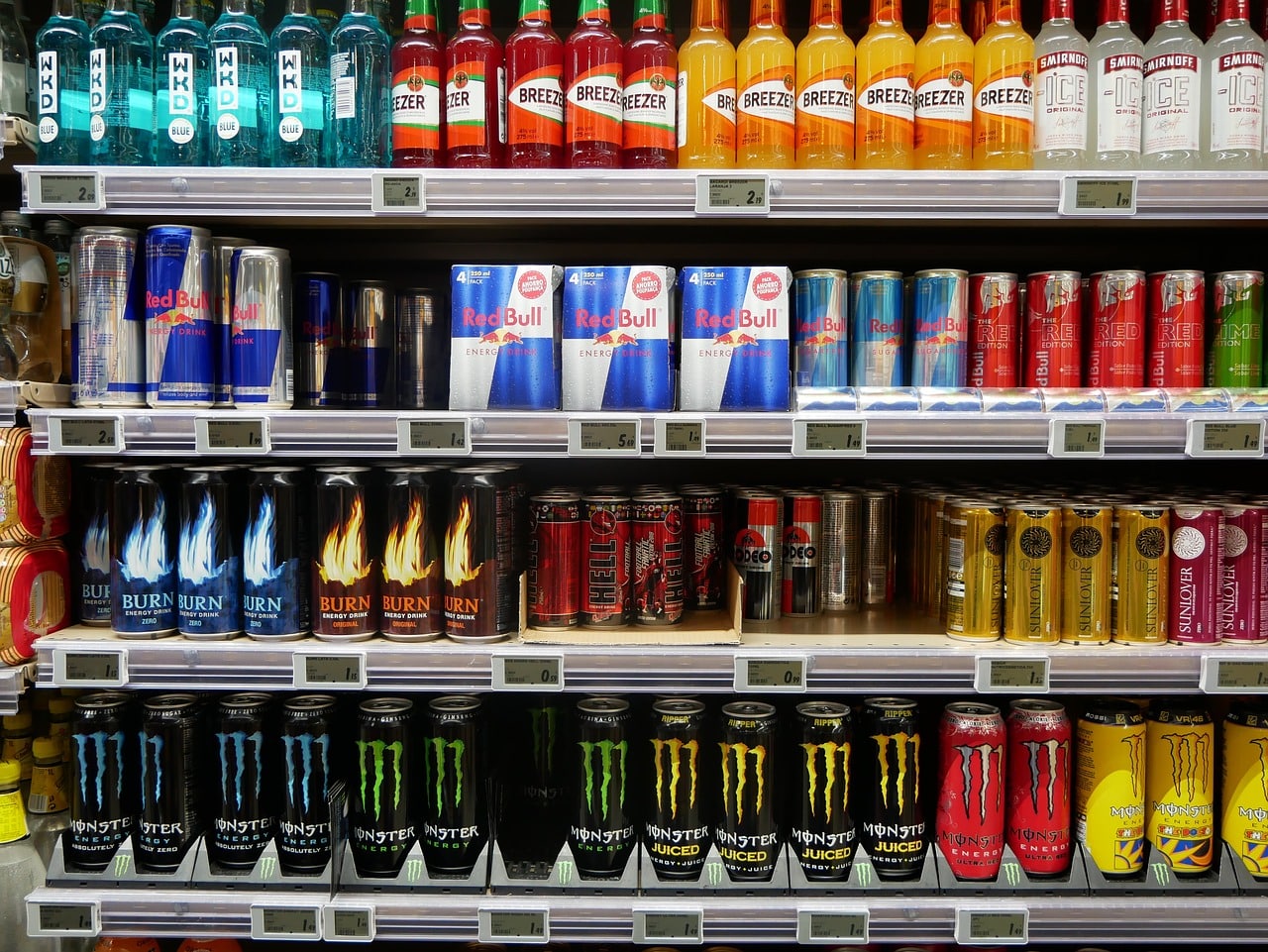 The Nascent Energy Drinks Market is Bound to Grow in India 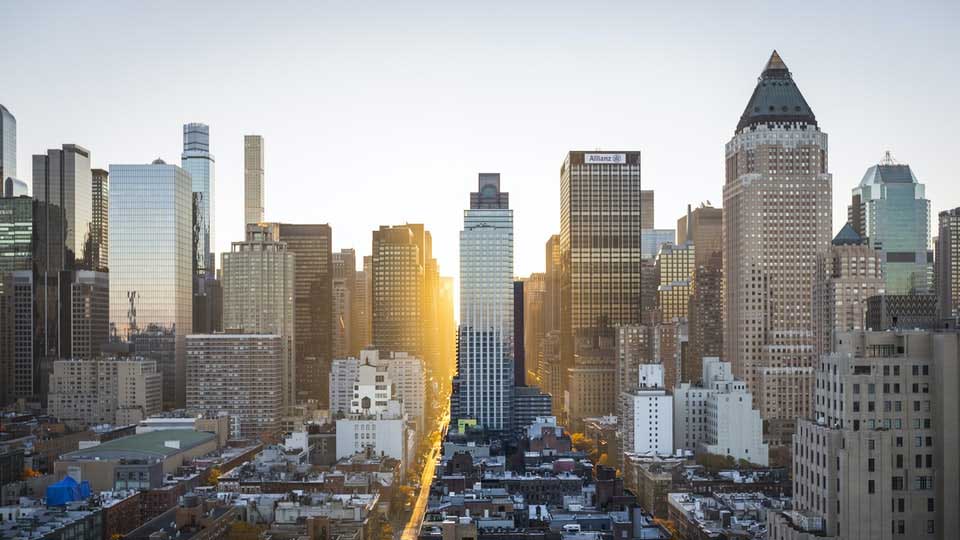 The energy drink market in India is estimated at around USD 290 million. It is far behind other emerging markets such as China, Russia, & Thailand etc. However, the nascent industry has strong underlying potential to grow & develop.

The energy drink market in India picking up fast. The growth is dovetailed by lifestyle changes, demand for fitness, and attractive demography which is largely skewed towards the youth. Besides, as few Indians are cutting down on the consumption of carbonated drinks, energy drinks are becoming a viable substitute. Energy Drinks are mostly consumed during sports hours, due to hectic work life, people are also consuming them during work hours to improve their performance & focus. Interestingly in India, consumptions are more during work hours and leisure than sports.

The market size of energy drinks is growing at a notable pace. In 2011, the total market for energy drinks in India was roughly estimated to be INR 7000 million (~ USD 160 million). Over the years, it has reached around INR 2000 Crores (USD 290 million), recording a CAGR of 16.2%,  much higher than the global average, that is pegged at 7%.

The market is dominated by Redbull, which holds a 61% share. This is followed by Cloud 9, which holds 17% of the market. Other major players include Tzinga (Hector beverage), Sting (Pepsi Co.), Burn (Coca-cola), Power Horse and Monster, etc. Sting has captured around 7% of the market and is quite popular amongst children.

The energy drinks market in India is still very small when compared to globally, which is currently estimated at USD 47.5 billion. Even compared with other peers such as Vietnam, Thailand, Indian, the Indian energy market is small.

China boasts one of the largest energy drink markets across the world, with a total size of USD 13 billion. In the previous ten years, the market recorded a CAGR of 25.4%. Interestingly energy drinks are not a traditional form of drink consumption in China, just like India. An expansive growth can be explained based on growing disposable income, inclinations amongst the youth to be trendy, and a highly sports-driven culture. In China, energy drinks are widely available across general stores, hypermarkets, cafes, educational institutes, gyms, night clubs, etc. An extensive retail distribution network has further contributed to the growth of energy drinks in the country. 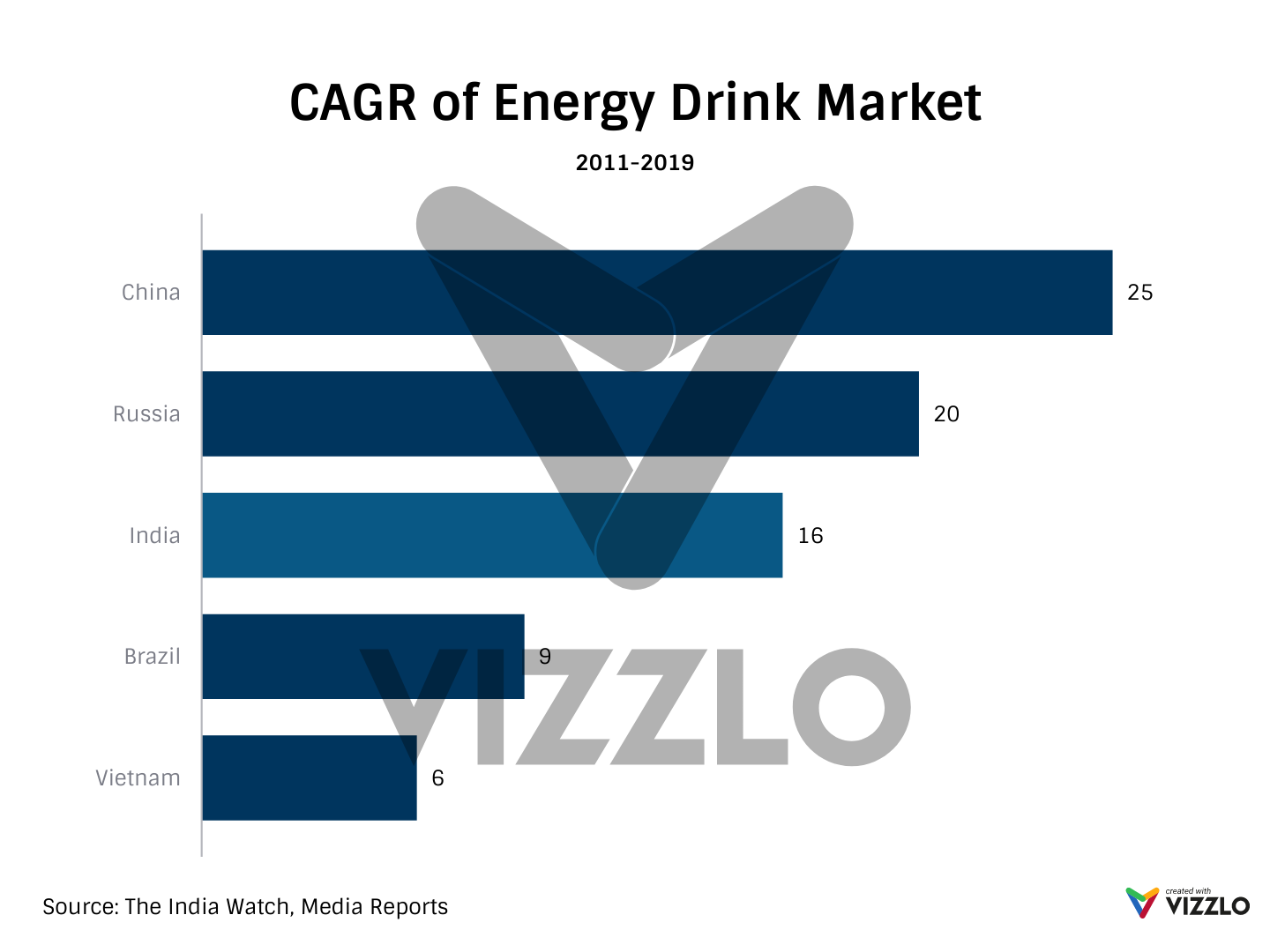 The success story of China yields an essential insight that the nascent market in India has huge potential to take off. India's large middle-income population & changing consumer preferences can be key growth drivers in the foreseeable future.

As the market is still evolving, domestic and international brands can come and grow. Though, it might be an understatement to believe that the dominance of Red Bull can be arrested soon. Even though Red Bull is priced high, it is often associated with its distinct taste and rejuvenating qualities, amongst most of the consumers. Currently, it is quite synonymous with the idea of energy drinks.

However, the success of other brands like Cloud 9 & Zing (among children) has shown entering the market with the right positioning alongside building a robust distribution structure can yield successful results.

About The India Watch

The India Watch is an India based market research and business intelligence agency. We have in-depth expertise in devising India's market entry, evolution, & growth strategy.   If you are looking for research and advisory services in the retail segment, feel free to connect with us by dropping a mail at Info@theindiawatch.com