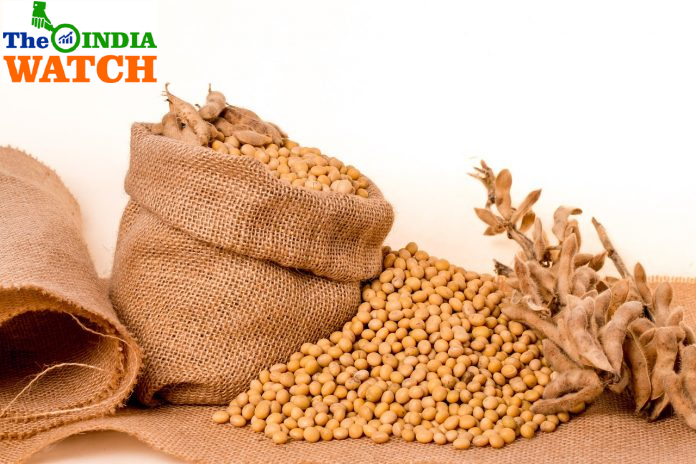 Soybean was introduced in India during the 60s by the USA. Soon it became a popular crop in India and is widely grown during the Kharif season (July- Oct), in a host of states including Maharashtra, MP, Gujarat, Karnataka, and Telangana region. The Latur region in Maharashtra and Indore region in MP, accounts for near around 40% of the Soyabean production in the country.

Globally India features in the list of top Soybean producers. However, it lags substantially behind other major producers such as the USA, Canada, Brazil, etc.

In the past, the lack of incentive to grow oilseeds (India is one of the largest importers of vegetable oil) has plagued the growth of soybean in India. Moreover, in a country wherein there is plenty of vegetarian source of proteins such as dairy and legumes, soy-based products were never very popular. In contrast in other countries, Soy has been an integral part of vegan recipes.

India’s relatively poor productivity has also been inimical to its growth story. Presently soybean productivity in India is 882 Kgs/ hectare, growing nominally at a CAGR of 2.2% between FY 18 and FY 22. Other economies like USA and Brazil have much larger productivity.

A small player in Global Exports

In FY 22, total exports from India were pegged at 1.7 million Tonnes, marginally reducing at a CAGR of 2.7% over the past 4 years. It is simply a toehold in the global soybean market, which amounts to 80 million tonnes annually.

Around ~ 12% of soybean produced is consumed directly as cereals and legumes. Others are used for extracting oil and soybean meal. India’s domestic soybean oil production falls short of meeting indigenous demand, making Indian reliant on imports of oil. Major import partners for soybean oil are Brazil, Argentina, and the USA.

Meanwhile, the export of soybean has risen over the years. More than 60% of soybean meal produced in India is exported. India’s soybean meal is believed to be high quality and is in constant demand in East Asia, GCC, and Europe.

Besides food products, soybean meal is also used as animal feed. The demand for soybean meal in the Indian poultry industry alone is close to 5 million tonnes, which means it can be a fertile business option for investors looking to enter the space.

Despite still being an emergent player, India holds tremendous potential, not just in oil and meal production but also in secondary value addition.

Due to the growing health consciousness amongst Indian households, soybean oil is becoming popular. Presently, it is the second most widely used cooking oil after palm oil in the country. Soyabean oil is also used in the cosmetic industry, which is further incentivizing its growth. Investing in soy oil production in India can be a profitable business, given the fact the country depends on imports to meet its domestic needs.

Soy-based products are also increasingly finding space on the kitchen shelf. Already soy chunks are very popular in India. The packaged soy chunk market, which is mostly run by Adani and Ruchi Soya (Acquired by Patanjali recently) is sized at around USD 143.9 million.

Setting up soy-based food manufacturing units is a simplified process with limited legal requirements. This further makes the industry a prolific ground to enter. To start so business in India, FSSAI registration is needed alongside trademark & trade license. No other cumbersome licensing is required.

How India Watch Can Help

The India Watch is an India-focused market research and business intelligence platform with a strong understanding of India’s agribusiness and food processing sector. We can offer custom-made market research, data research, market analysis, and feasibility study services to discerning entrepreneurs, investors, and trade promotion agencies. For any further queries feel free to drop us a mail at info@theindiawatch.com.