The Indian organic food market, which is valued at USD 1.3 billion is on an evolutionary trajectory. India still holds a small share (0.6%) in the global organic food market, which is valued at USD 227 billion. However, the demand is on an upswing, as increasingly Indian households are realizing the significance of a chemical-free, healthy and holistic lifestyle. In another 5 years, the total value of the organic food market in India is expected to reach USD 2.8 billion, growing at a CAGR of 16.6%.Traditional farming practices that rely on synthetic fertilizers and pesticides have resulted in higher nitrate components and low antioxidants amongst food items. This not only affects the shelf life of food but also creates health hazards. A healthier alternative is adopting organic farming practices that mostly leverage biofertilizers, organic manures, healthy crop rotation, and natural pest control. Such food products do not contain synthetic chemicals, have better nutritional values as well larger shelf life.

The recent pandemic has also influenced wider changes in food consumption habits amongst Indians with an increased focus on immunity-building foods. This is resulting in many households now shifting to organic foods.Besides, domestic consumption, India is also gradually extending its footprint in the global export market. Currently, the annual exports of organic foods from India are valued at USD 1041 million. 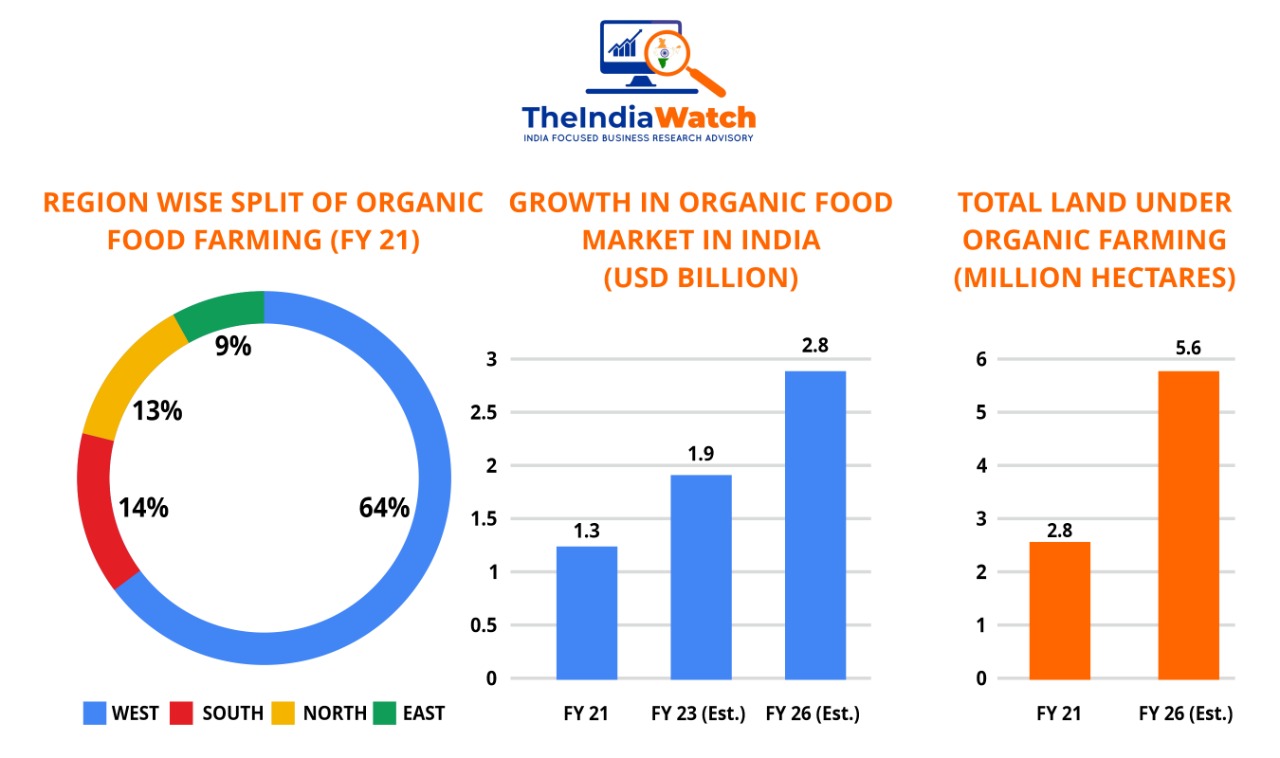 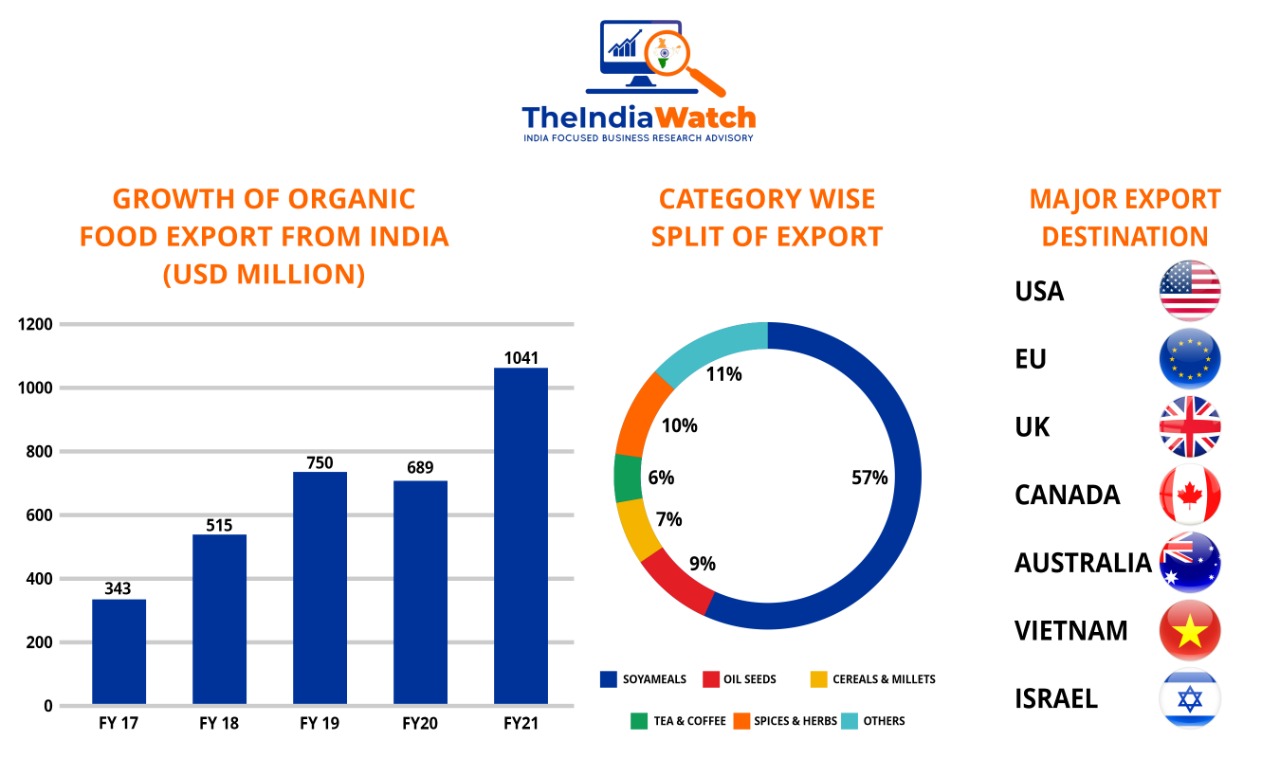 Various government and agricultural agencies, both at the center and state levels are offering policy support for organic farming. This includes capacity building, awareness & training, infrastructure development alongside post-harvest marketing support. Through collective effort, presently there are 2.8 million hectares of land under organic farming, climbing by a CAGR of 15.5% from 2014. In the next 5 years, India plans to double down on the total land under organic farming

Under the Capital Investment Subsidy Scheme (CISS), 100% assistance (up to USD 260,000) is provided to center and state government agencies to develop Agri waste and bio-waste manure facilities. For private parties, the incentive has been capped at 33%.

How India Watch Can Help

Poise to grow at a CAGR of 16.6%, India's organic food industry is a lucrative market to enter. The government is also committed to boost export and enhance supply in the local market through Policy Impetus, which will further act as a growth enabler. Currently, there are limited players in the market. However, as the category is set to grow vigorously, more domestic and international entities will enter the space. 100?I is also allowed under the automatic route in agricultural activities, which is also luring international companies to set up in India.

As a Research Advisory, we can offer a range of services