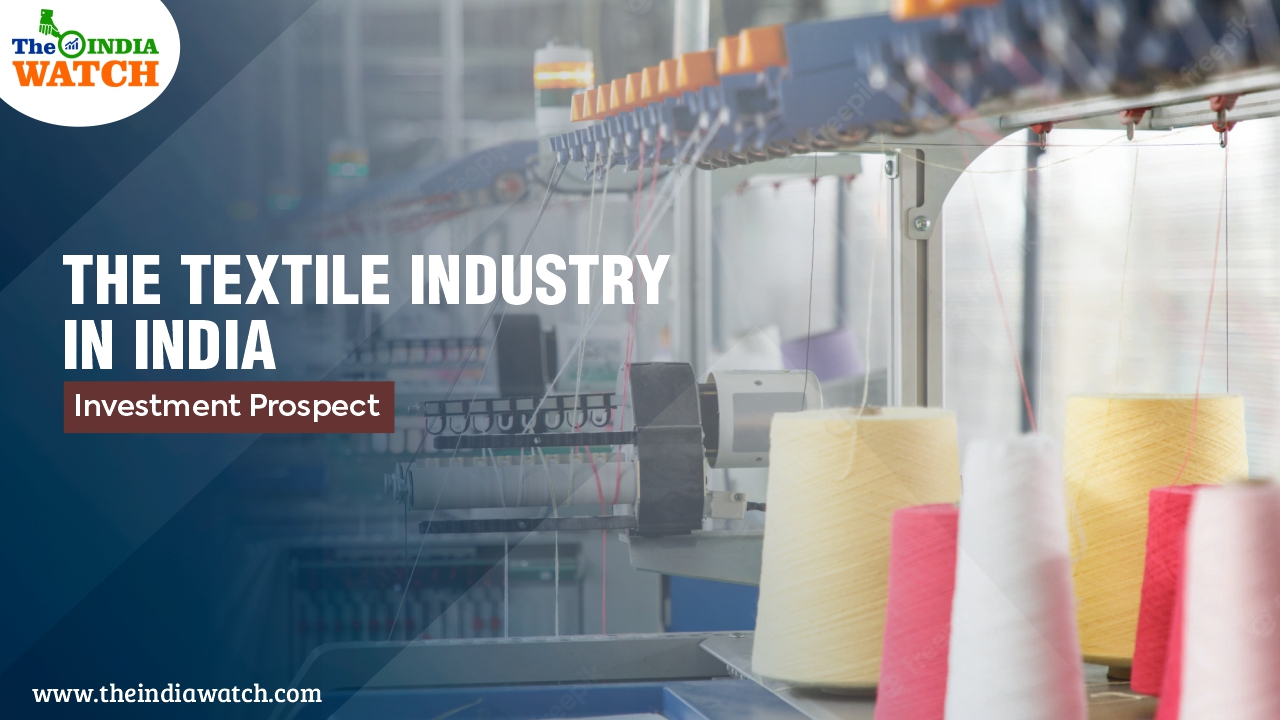 However, recent years have seen spurred organization and structure in the sector. The Indian GOI has also simplified FDI investment in the sector and allowed 100% investment inflow. During FY 01- FY 22, India received an FDI investment of ~ USD 4 Billion. Over the past 5 years, the Indian textile industry has received an FDI of USD 1.518 billion. Japan has been the biggest source of FDI investments, comprising USD 381 million. Expansion in domestic companies and increased thrust on FDI has helping the Indian textile industry. 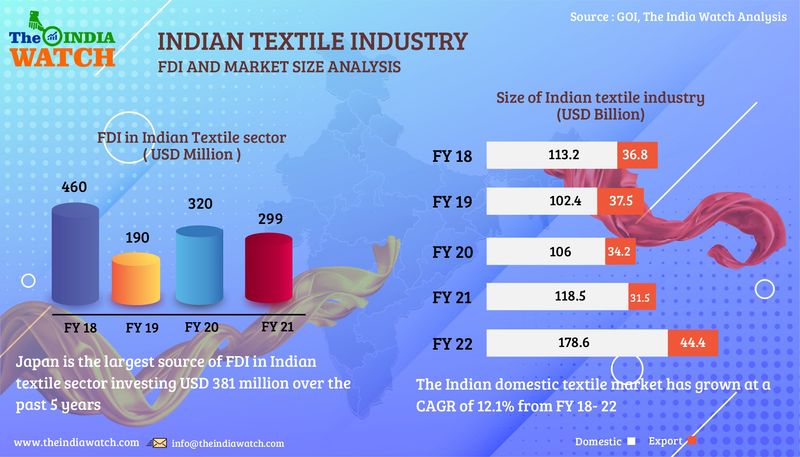 The cotton textile export jumped by 54% Y/Y in FY 22. This is followed by MMF (Man Made Fibre) category. The MMF still holds a relatively small share in the overall export contributing a little over 14% of the overall exports in FY 22. However, the segment is growing rapidly. In FY 22, the MMF category jumped by 51% Y/Y.

Indian textile export is also getting a positive push due to the decline of Chinese dominance in the global textile trade. Moreover, the USA has recently banned cotton and related product import from the Xinjiang region in China, which is one of the largest cotton-producing regions in the world. The ban has given additional space to Indian manufacturers and producers to step up and fill the gap. Meanwhile, the Indian ascend is yet to match the aggressive stance showcased by Vietnam and Bangladesh, which are now prominent forces in the global textile trade. Vietnam enjoys the status of MFN (Most Favoured Nation) with the USA since 2001. In 2020, its share in the overall cotton imports in the USA reached 15% from 4% in 2005. Likewise, Bangladesh is also deepening its foothold in the global markets. Bangladesh’s share of the USA’s import has reached 7% in 2020, climbing from 3% in 2005. Its share in the EU’s imports has reached 6% in 2020 from 4% in 2005.

Indian government realizes the important role that the textile industry can play in the economic well-being of the country. It also understands that India has fallen short of its actual potential and there is stiff competition from prominent emerging economies such as Vietnam and Bangladesh.

During FY 16-21, GOI invested USD 961 million to upgrade technologies. Technology upgrade is critical to realize overall growth in production. Under SMARTH scheme, GOI is taking initiatives to upskill and train the workforce.

A uniform 12% service tax has been decided for Man-Made Fibres, Man Made Yarns, and Man Made Apparel. GOI is giving special attention to the Man Made Textile and Technical Textile in India, which is still in its initial phases and is sized at USD 44 billion.

GOI has introduced a PLI of USD 1.44 Billion, which covers 10 technical textiles, 14 MMFs, and 40 Man Made apparel. Under the PLI scheme, one can earn a 3-11% incentive on incremental sales. The PLI scheme aims to expand India’s foothold in the global textile market. It will also dovetail India’s shift toward the MMF category from cotton-based products. The demand for MMF and technical textiles is not just limited to the fashion and apparel industry but is also in other industries such as healthcare, sportswear, defence, shipping, and much more. In 2005, the government has launched the Scheme for Integrated Textile Park (SITP) to offer modern facilities and robust infrastructure support to international and indigenous manufacturers. Alongside offering modern facilities and bolstering growth, these parks are also aimed at channelizing domestic investments and luring international capital. Hitherto, 59 SITPs have been approved out of which 22 are operational.

The Indian textile sector is responsible for 45 direct employments and 60 million indirect jobs, which further keeps it high on the government’s agenda. In FY 22, GOI announced a budget of USD 1.62 billion for the textile sector. Schedule a Consultation Today Back To Industries
@ Copyright 2023, All rights reserved.