Can India become the Seed Bowl of the World?

The Indian seed industry is valued at ~ 2.7 billion, which makes it one of the largest seed markets in the world, after the USA (USD 12 B), China (USD 10 B), France (USD 3.75), etc. The global seed market size is around USD 60 billion and is run by a host of entities- seed breeding & R&D companies, individual breeders, seed arms of agrochemical companies, seed marketing companies, public sector entities, agricultural cooperatives & associations, and much more. 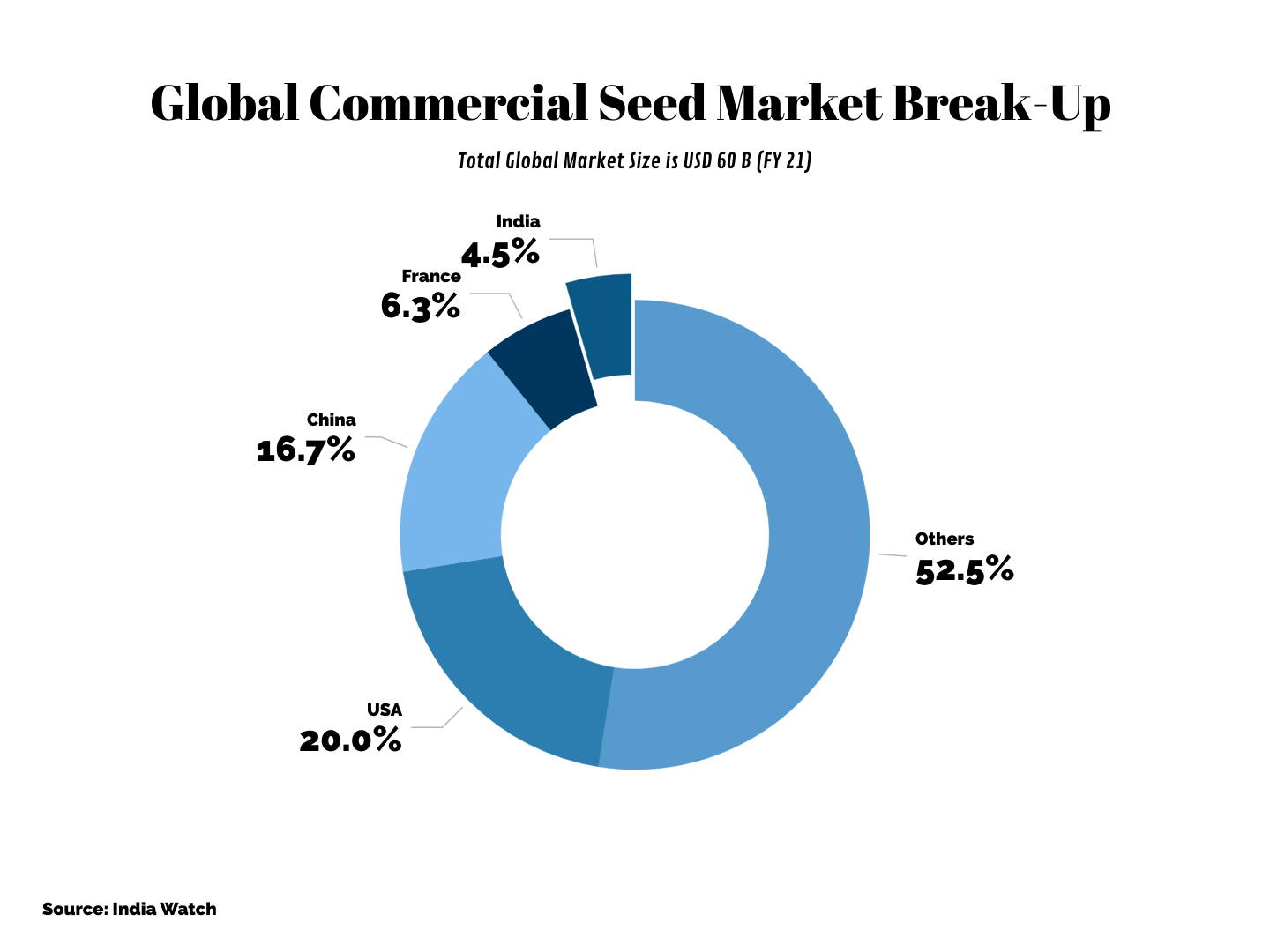 India's seed industry is growing at a CAGR of a little over 14%, which places it ahead of the global growth pegged at ~ 7.3%. However, India just has a toehold in the global seed trade. In a time, when cross-border trade is rising, the total global seed export market is worth around USD 12 Billion. Globally France and the USA are major exporters, contributing an export volume of USD 2 Billion and 1.5 Billion respectively. Other major economies playing a significant role in seed trade include Germany (USD 1 B) and the Netherlands (USD 500 million). 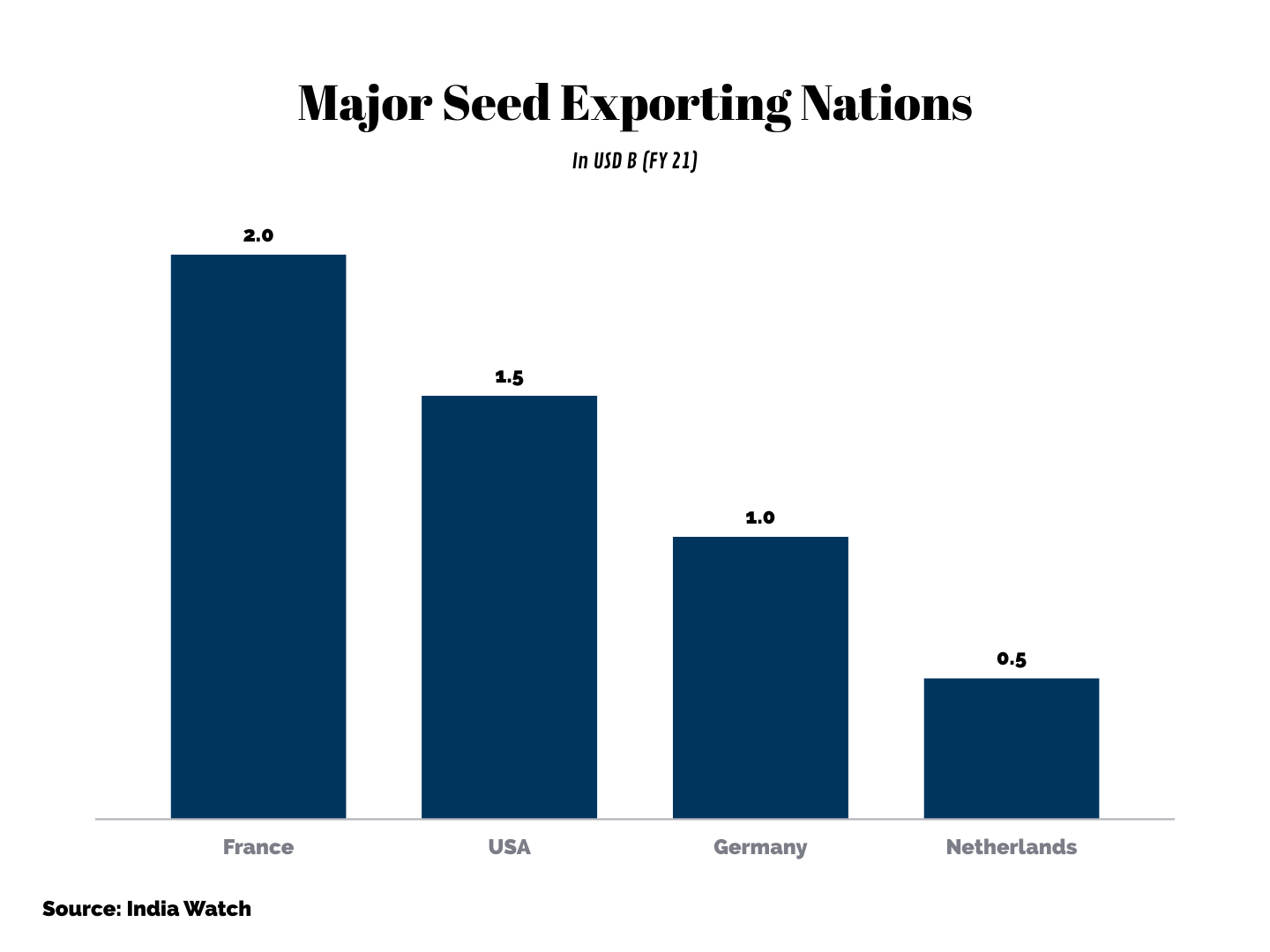 India's annual export is estimated at a little over USD 120 million. It primarily exports to the Philippines (43%), followed by Africa (24%) and Bangladesh (16%).However, India is home to 14 out of the 18 climate zones and can play a much vast role in the world seed trade. There are huge potential markets in Asia Pacific, Africa, and Latin America. 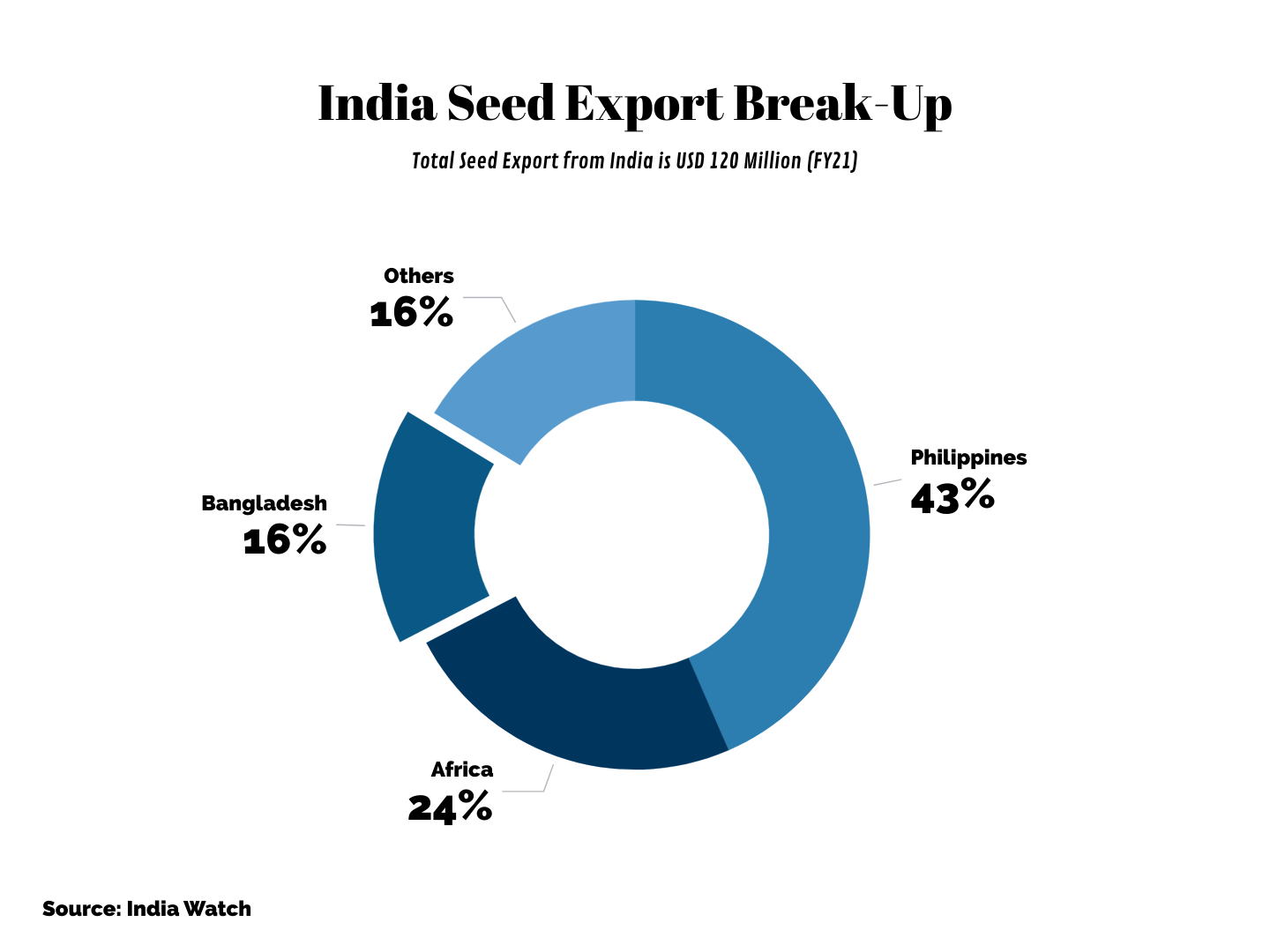 Globally demand for commercials seeds is increasing, which will unlock new opportunities for Indian seed breeders. Besides the developed market, there is tremendous scope in emerging markets of Asia & Africa. In these markets including India, the SRR rates have sharply risen in the past few years. In many categories, the SRR has passed 40% and there is further headspace for more growth, which is a healthy sign.

Mentioned below are some of the key factors, that will drive the global seed industry in a positive direction.

Impact of COVID-19 on Seed Industry

The commercial seed industries have shown resilience in the face of the COVID crisis. However, the risks due to the pandemic can't be completely mitigated.

Can India Become the Seed Bowl of the World?

India has prolific seed production facilities, support infrastructure, and quality management systems to become a global leader in seed production. As mentioned above, it is also home to varied agro climates. Yet, its share in the global seed trade is just ~ 1%, as the industry has so far failed to scale up and match global standards.

However, through policy support and further incentives, seed export from India has the potential to reach USD 2.4 billion by 2030 (Roughly 10% of the estimated global seed trade of that time). To become a key player in international seed flow, India needs to focus more on exports. This will require investments in developing international markets, time-bound approvals, and easier documentation processes in place. The nation needs to develop dry port facilities with ample storage infrastructure for the speedy import and export of seeds.

India should also aim for a bigger slice in global custom seed production. In custom seed production, seeds are provided from the parent country to be mass-produced in host countries and then exported back.  Presently countries like China and South Africa are dominant players in custom production. To be able to position itself as a viable alternative, India needs to exempt the registration process under Seed Act for the custom production category. It should also enforce stricter IP laws to safeguard the interest of parent seeds.