India is one of the fastest-growing aviation markets in the world. Limited penetration, growth in disposable income, and rising demand for faster commute have helped the industry to grow aggressively in recent years. From FY 15 to FY 20, the total annual passenger volume in India reached 341 million from 190.1 million, growing at a CAGR of 12.4%. During the period, domestic passenger volume grew by a CAGR of 14.5%. Meanwhile, the growth rate in international passengers was pegged at 5.5%.

Although the COVID-trigged crisis has flattened an otherwise bullish growth curve, the industry is set for a revival. The demand for corporate travel will be subdued in near future but growth in leisure travel will set the ground for recovery. Reduced cost of travel and demand for faster travel will continue to push the industry in India in a positive direction. 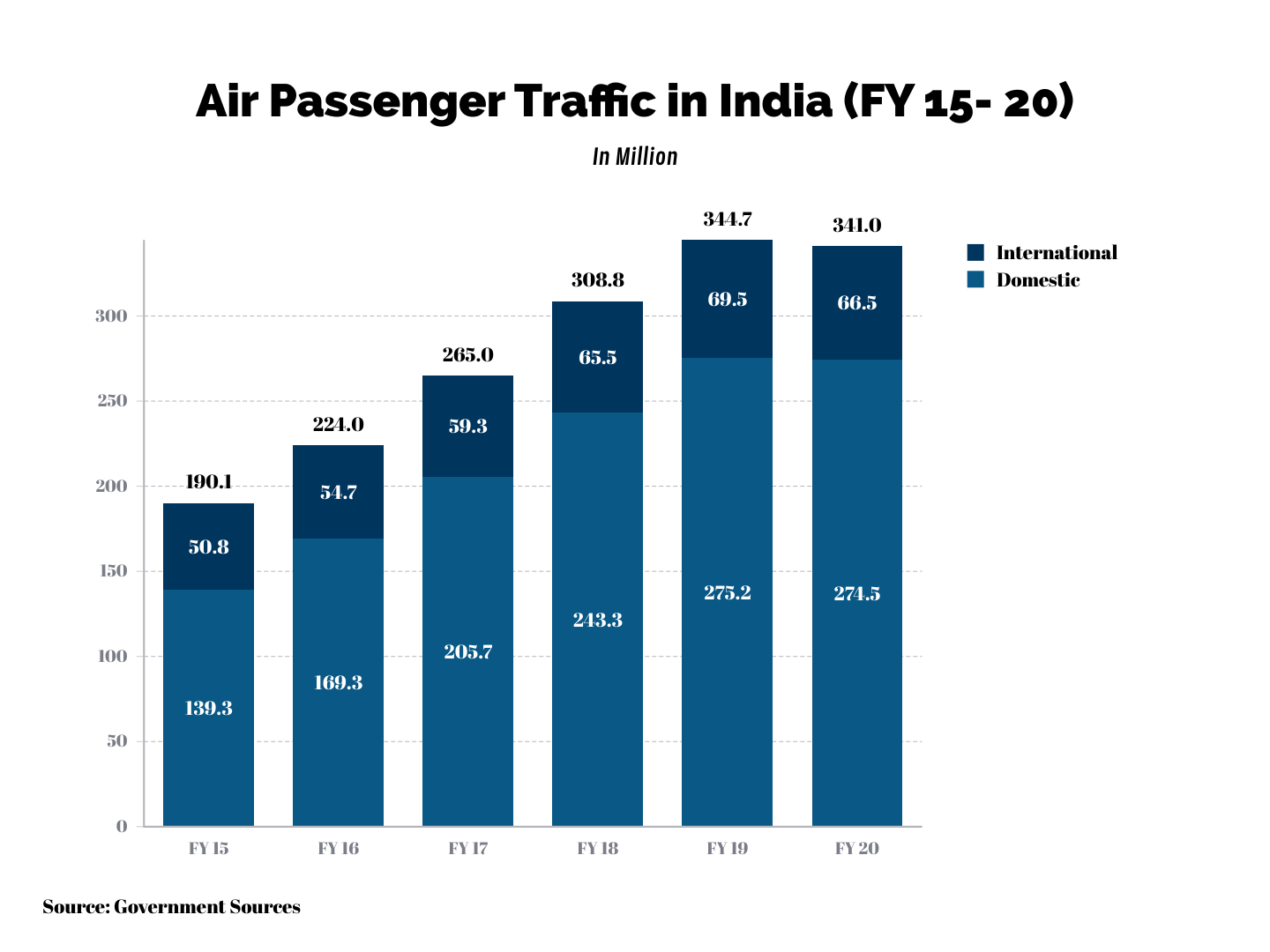 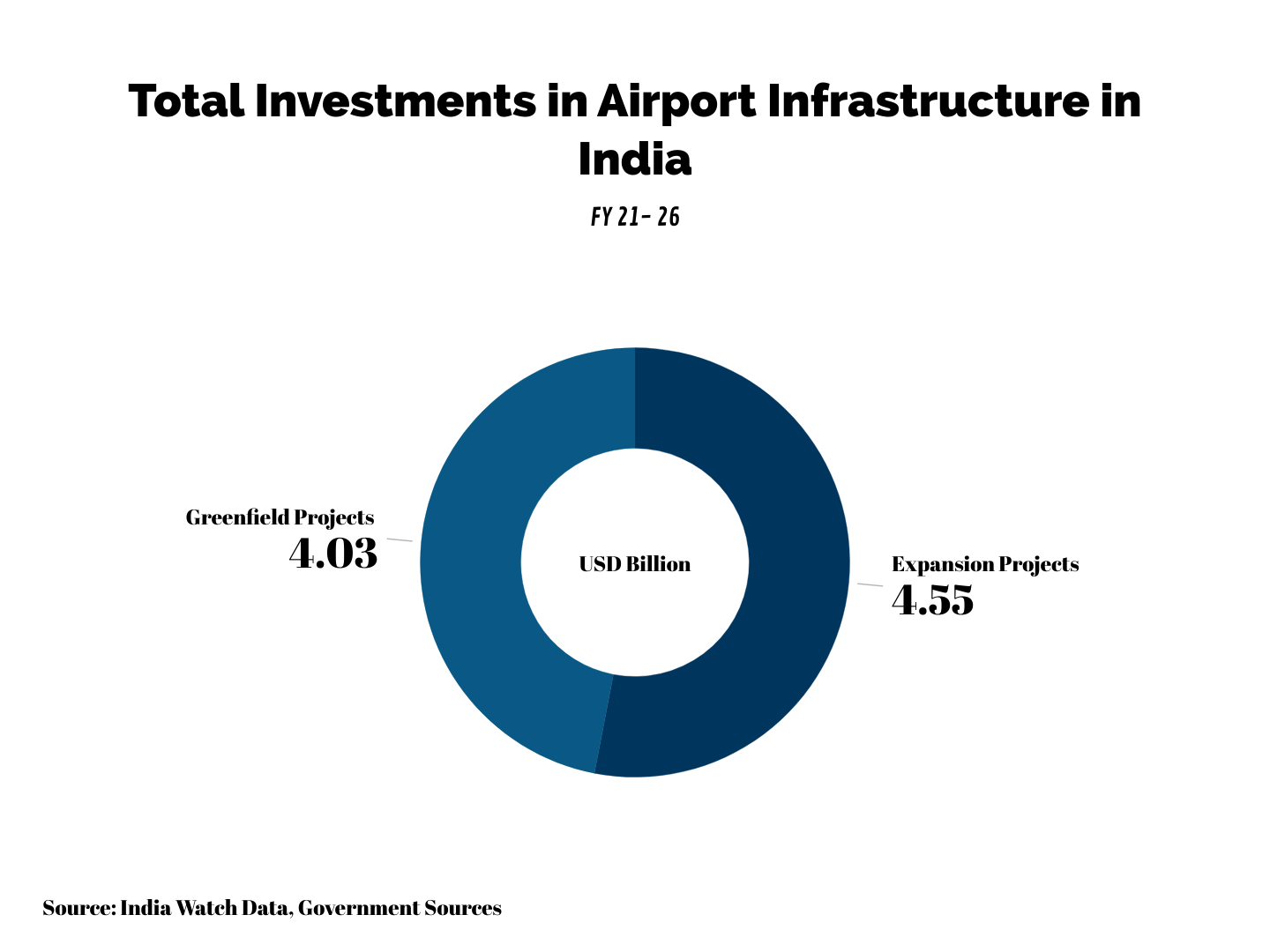 Expansion of Existing Airports in India 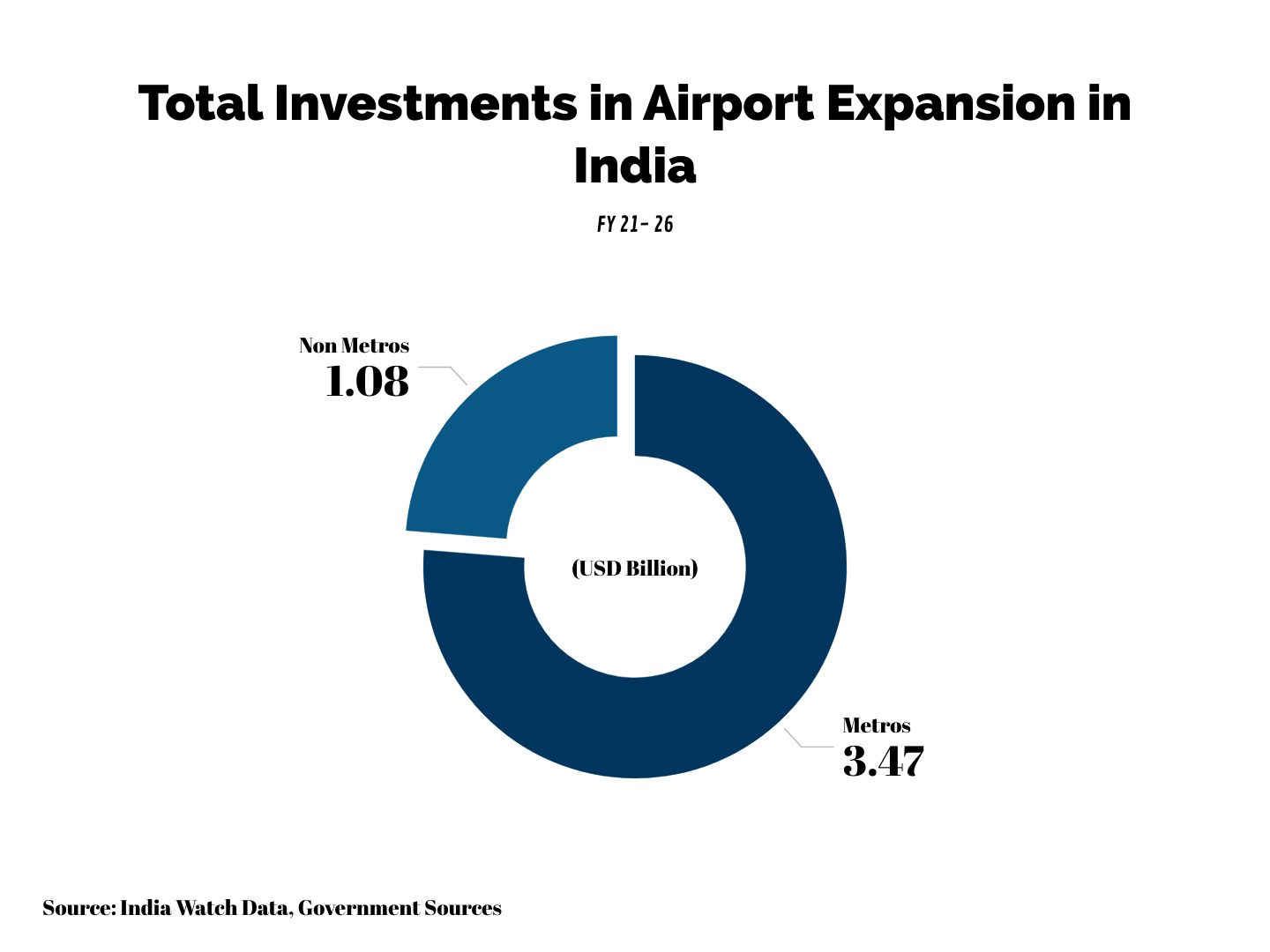 The Indira Gandhi International Airport in India is led by a consortium namely Delhi International Airport Limited (DIAL). GMR group holds a 54% stake in DIAL, followed by AAI which has a 26% stake. The remaining stake is equally split between Fraport and Malaysia Airport. DIAL is doubling the capacity of IGI to 40 MPPA following the opening of a new terminal. The new terminal, which is expected to be operationalized in 2026 will also make IGI the only airport in India with four terminals.

The Chennai Airport is set for a facelift that will be carried out in two stages. This will involve dismantling the existing domestic and international terminals to develop a large size integrated terminal. Following the expansion work, the airport is expected to receive an additional capacity of 7 MPPA. GHIAL (GMR Hyderabad International Airport Limited) has secured USD 300 million in funding for the expansion of the airport.

A new terminal is expected to be operationalized by the end of the current CY in Lucknow, which will improve the capacity to over 10 MPPAs from 5.9. The Guwahati airport in the North East region is also set to take a giant leap with a new terminal building that will enhance the capacity to more than 12 MPPAs. 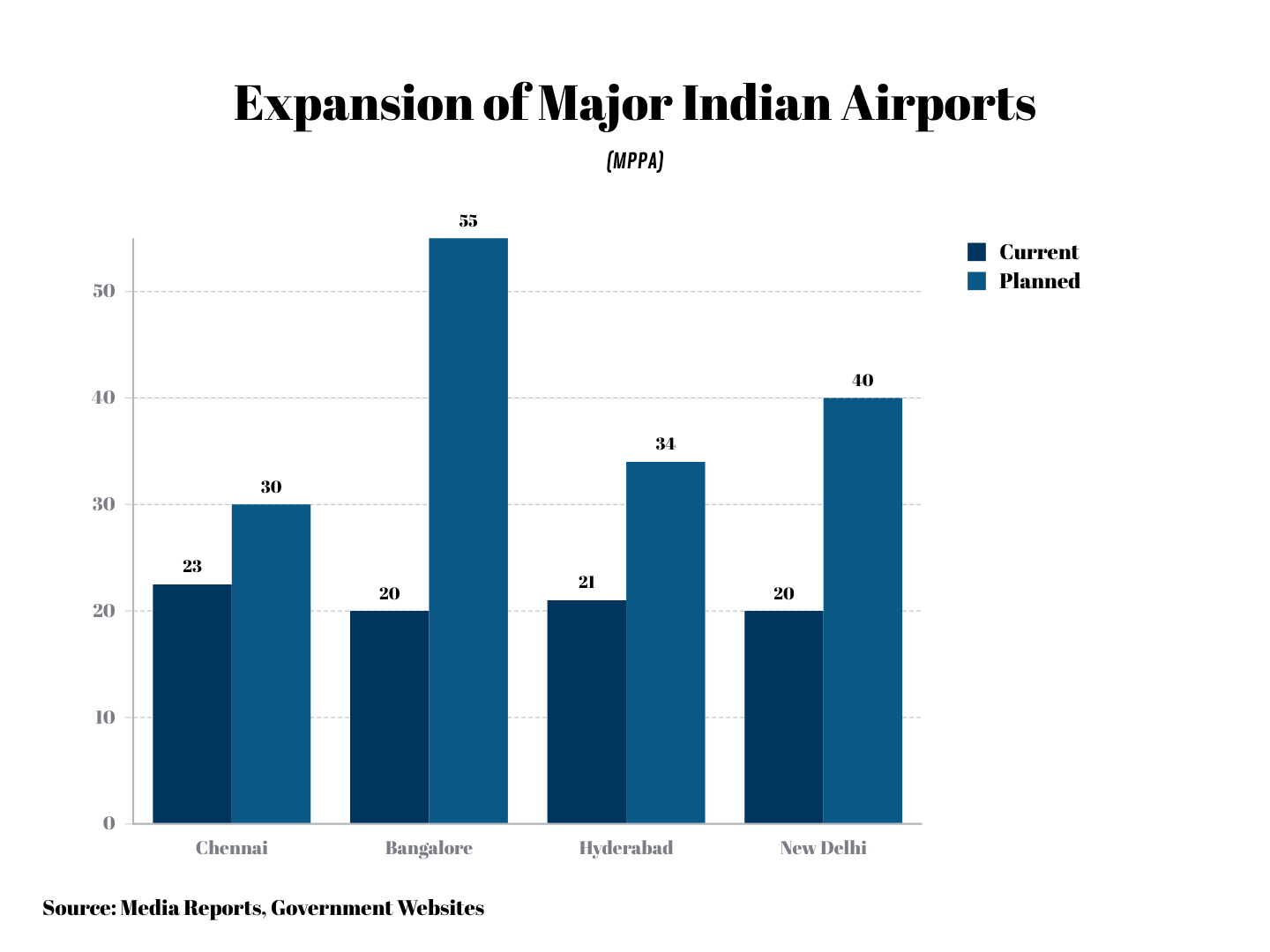 From FY 21 to FY 26, work on 13 Greenfield projects will be underway, which will channelize an investment of USD 4.03 Billion. This will include Navi Mumbai, Jewar Airport, MOPA (Goa), Dholera, Gwalior, etc. These new projects will add 48.9 MPPA of capacity.

In Navi Mumbai, which is part of the greater Mumbai Metropolitan Region (MMR), work is in full swing in a greenfield airport project. The 1st phase of the airport with an investment of over USD 1.9 billion will have a capacity of 10 MPPA. Subsequently, the capacity will be increased in further phases. The airport is located at a distance of 35 Kms from the existing airport in Mumbai.

Land acquisition will shortly be begun for an international airport in the Jewar region, located at a distance of ~ 80 Kms from the IGI airport in New Delhi. An investment of USD 690 million will be made to develop the initial phase of the airport. Zurich Airport has been awarded the contract to build the airport. In total, the project is expected to cost around USD 4.1 billion.