As one of the fastest-growing emerging markets in the world, India's energy appetite is vast. India's growing, industrial sector, businesses, and agriculture, alongside individual households require power. Seamless supply power is the cornerstone to India's ambition of becoming a USD 5 trillion economy in the future. 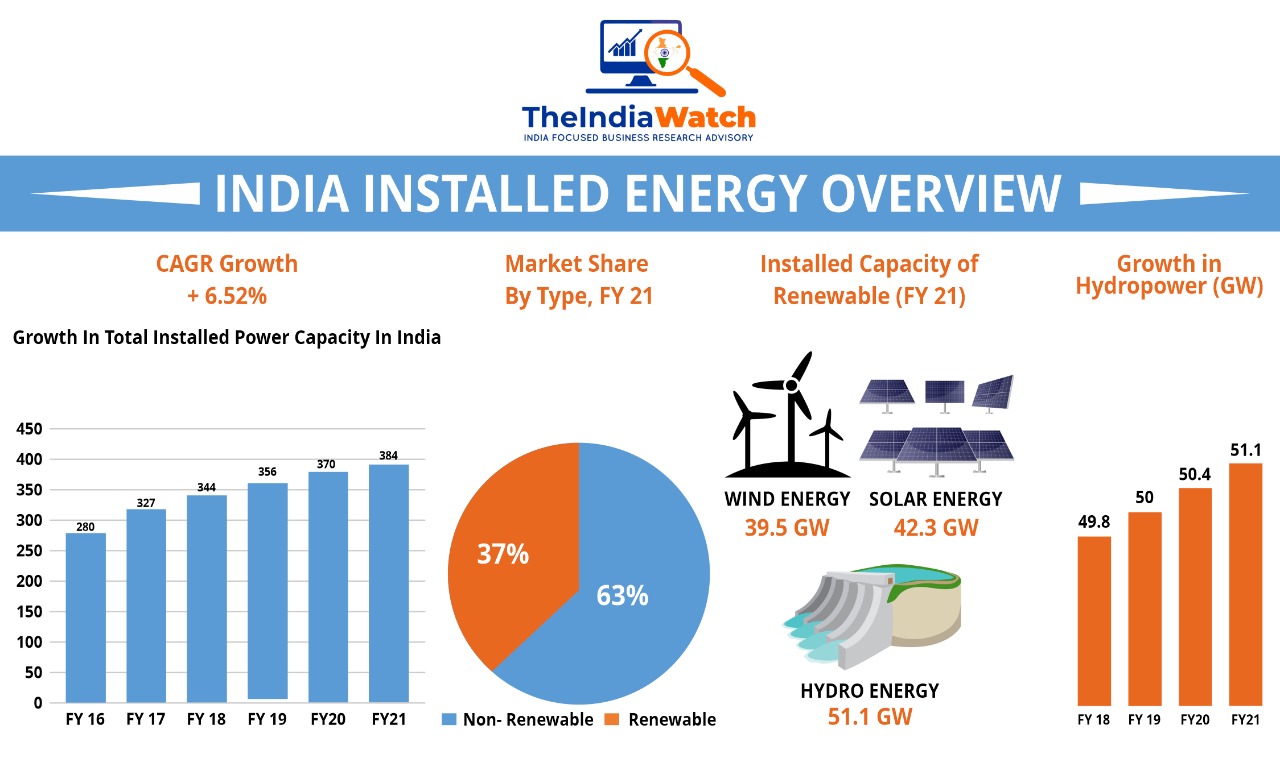 Meanwhile, the South Asian economy is also committed to sustainable means of development and lower its carbon footprint & other harmful emissions through increased production of clean energy such as hydro, solar, wind, biomass, etc. By 2030, India plans to develop 450 GW of clean energy, comprising 60% of the total installed capacity.

While wind and solar energies have significantly extended their footprint backed by policy impetus in the last 10 years, overall growth in hydropower generation has slowed down, due to its capital-intensive nature. Generating 1 MW of hydropower requires an investment of USD 1.57 million. In comparison, the same volume of solar energy and wind energy will need initial average investments of USD 530,000 and USD 670,000 respectively.

Additionally, many times hydropower plants are situated in difficult terrains. This requires incremental cost in the form of infrastructure such as bridges, roadways, etc. to improve accessibility, which further increases the cost and undermines the financial viability.

Hydropower will continue to gain prominence in India's renewable energy roadmap, despite higher upfront costs due to numerous inherent benefits. The operational costs are low in hydropower generation. Its upstart time is quick, which makes it suitable during peak-load hours. The hydroelectric systems can be coherently integrated with other conventional sources of power generation to create an optimal mix.

To further harness the power of hydroelectricity in the country, GOI has finetuned policies to make it more feasible and viable. In 2019, the government has notified to bring big hydropower plants in the purview of renewable energy to boost investments, facilitate green financing, and enable easier uptake. 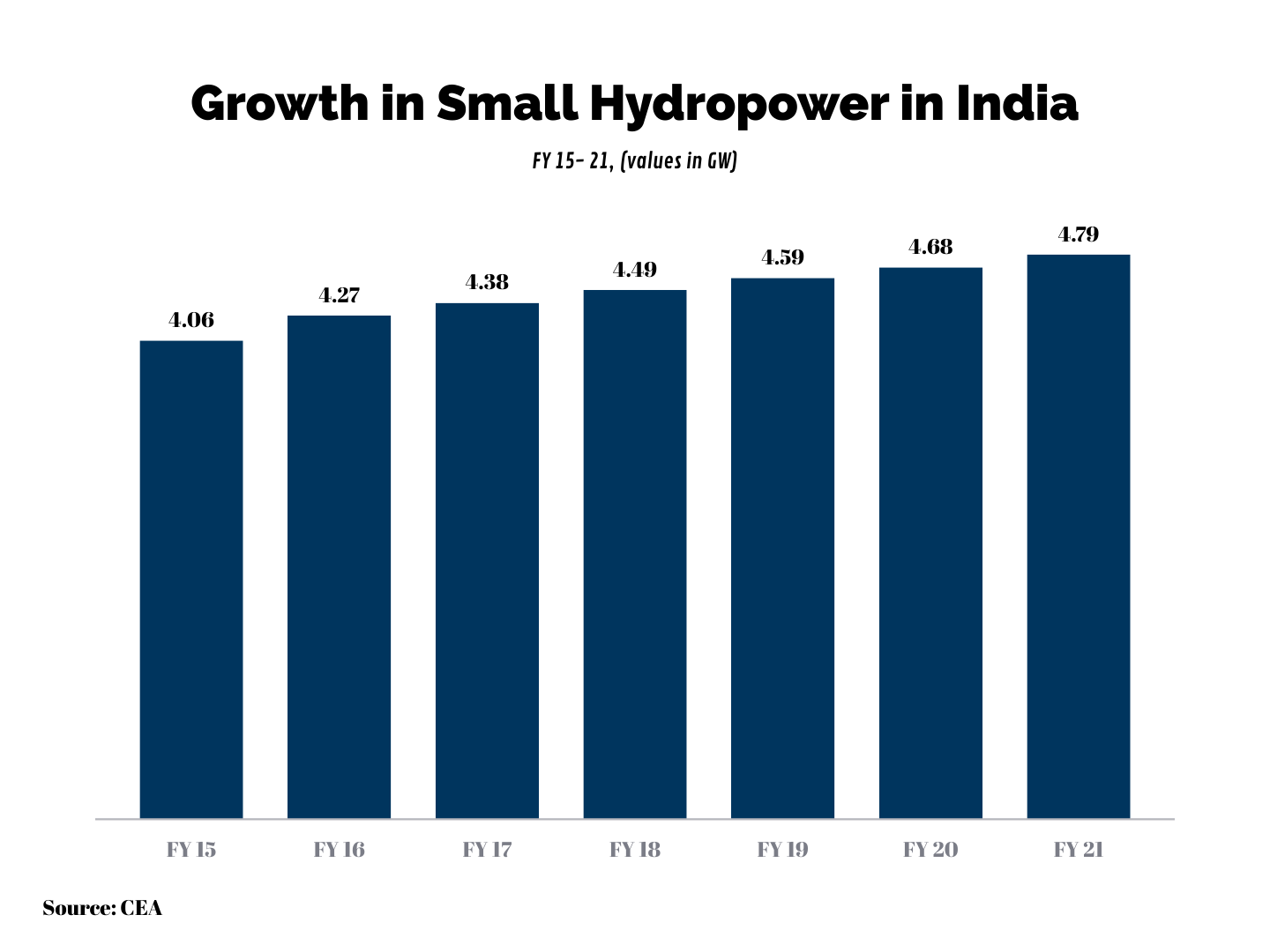 Over the past few years, India's small hydropower generation (<< 25MW>

Small hydro can complement big hydro and can be a potential tool to meet the growing energy demands of rural India. It can fulfill the household needs as well as support the small-scale industries thereby boosting the agrarian economy. The up-front cost of generating 1 MW of small hydropower in India ranges between USD .95 to 1.3 million and is lower than the larger peers. Small hydropower does not require dams and can be built across canals and run of the river. They are environmentally more feasible and do not require relocation and deforestation.