Demand for Solar Panel set to grow in India

As an emerging economy, India understands how energy can become an iron pillar to fuel its growth ambitions. With an installed capacity of 372 GW, India is the world’s 3rd largest producer and consumer of electricity.

India’s energy roadmap is also pinned on its commitment to reduce overall CO2 emissions and focus more on renewable energy. The government directive aims at renewable sources contributing to around 40% of the overall power generation. Currently, renewable constitutes 22% of the aggregate power generation.

Out of the various sources, solar plays an important role in a land, which has abundant sunlight throughout the year. The total installed capacity of solar energy has reached 36 GW in 2020, growing at a CAGR of 51.7% in the past 4 years. Besides, there is around 40 GW of capacity under construction. Although the country will fall short of the stipulated target of 100 GW of installed solar power by 2022, its objective by producing clean solar energy will continue undeterred.

As the country is aggressively expanding solar energy generation capacity, the demand for solar panels has sharply risen over the years. 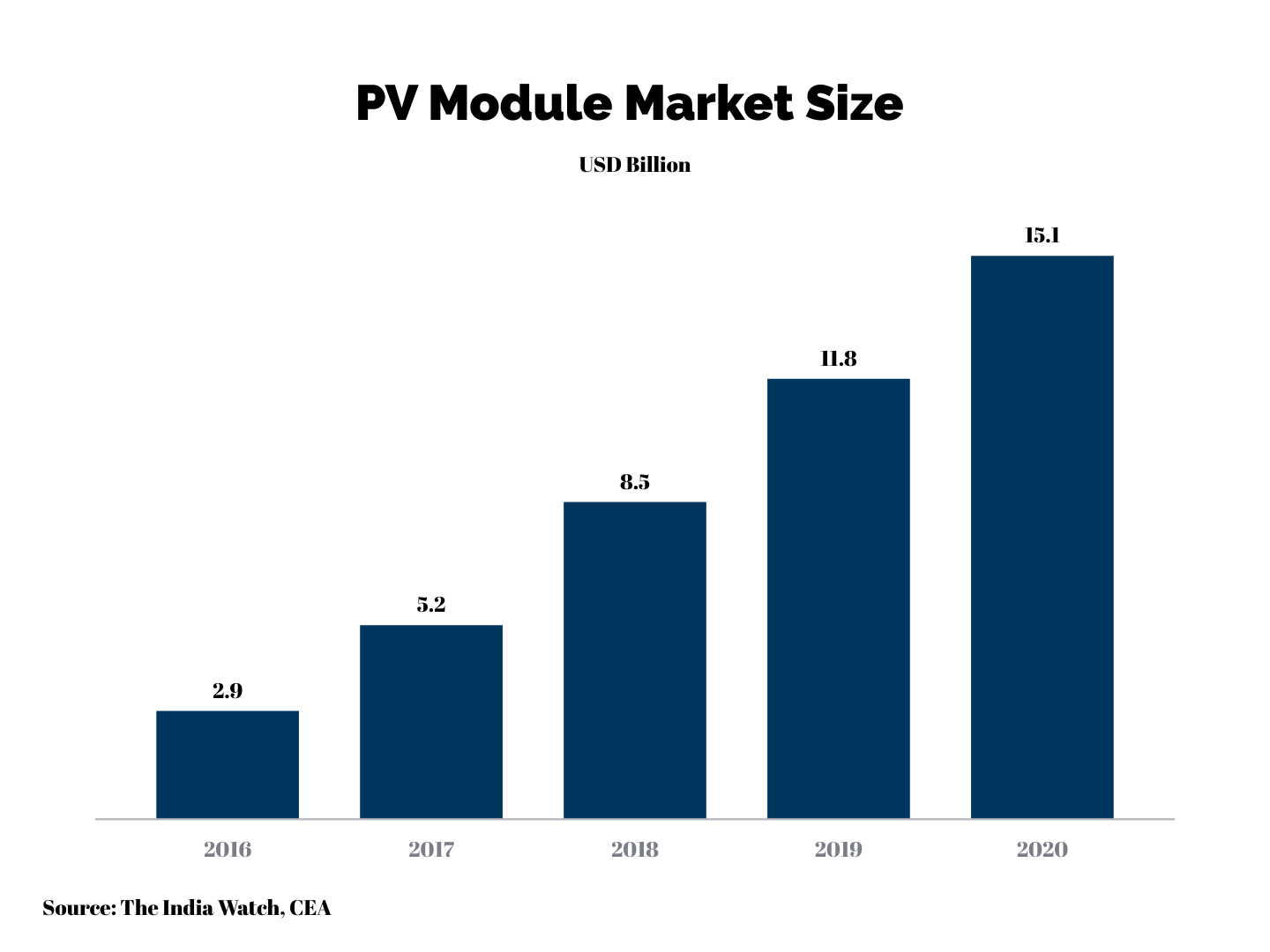 India’s leading business house Adani has been recently awarded one of the largest solar energy contracts in the world. It has been awarded by the Solar Energy Council of India (SECI) to build 8 GW of solar power capacity, with an additional contract to develop solar panels equivalent to 2 GW of power.