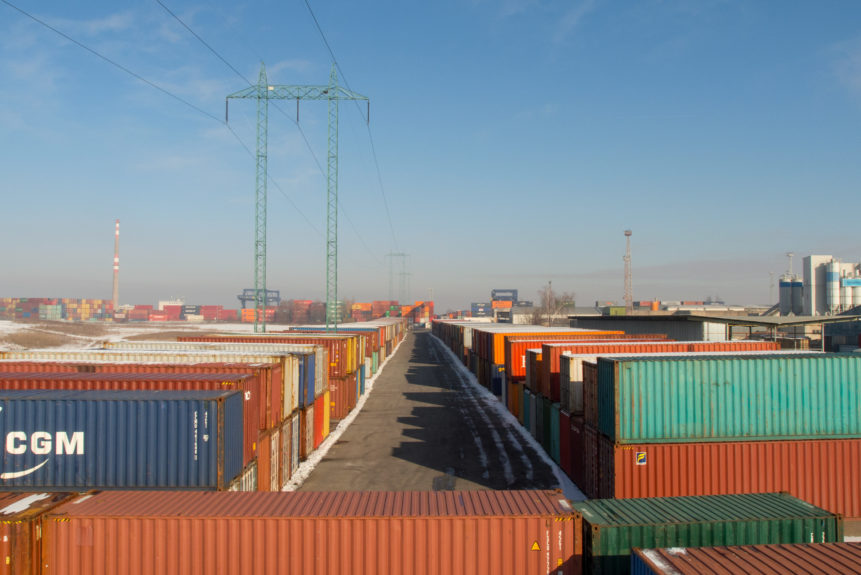 
As per NITI AYOG, the policy think tank of the Government of India (GOI), USD 22 billion of FDI capital has been poured in India during the lockdown period. Simplified FDI policies, thrust to infrastructure development, & overall progress in the business environment are helping India emerge as an alternate business continuity destination in the post COVID world.

USD 22 billion FDI received by India despite nationwide lockdown due to the COVID crisis. As per NITI AYOG, the policy think tank of the Government of India (GOI), USD 22 billion of FDI capital has been poured in India during the lockdown period. Technology & digital commerce are some of the biggest recipients of the FDI money, marked by big-ticket size deals with Google & Facebook.

Besides, various Japanese & Korean companies are at an advanced level of discussions to shift their manufacturing units in India. German military hardware company Rheinmetall is also planning to set up a production unit in Uttar Pradesh Defence Corridor (UPDC).

In the past few years, India has consolidated its stronghold on the global FDI map. It has made notable progress to improve the overall business environment, which has been underscored by the steep jump in Ease of Doing Business Ranking. Likewise, the FDI investment framework has been largely de-regulated to facilitate easier investment inflow. Interestingly, 90% of the investments have come under the automatic rule that further signifies the simplified FDI policies of India.

From 2000 to 2019, India received an FDI inflow of around USD 659 billion, becoming one of the favorable FDI destinations around the globe. In FY 21, FDI inflow (equity) into India climbed to USD 49.9 billion, climbing by 12.4% compared to the previous FY. The service sector (17%) received the highest FDI inflow followed by the software & hardware industry (10%). Telecommunication, trading, & construction development received 8%, 6%, & 5% of FDI respectively.

India in recent times has systematically addressed policy bottlenecks by simplifying FDI rules and relaxing the existing norms to attract more investments. In 2014, the GOI proposed the ambitious Make in India Plan to promote the domestic manufacturing sector. It identified 25 key sectors that include automobile, biotechnology, construction, textiles, food processing, chemicals, electronic systems, pharmaceuticals, etc. In most of these sectors, FDI norms have been relaxed.

In 2016, India further takes a notable step by allowing Foreign Venture Capital Investment (FVCI) in start-ups & infrastructure. This allowed FVCI to invest up to 100% in start-ups through debt/ equity-based instruments or convertible notes. The same year, India allowed 100% FDI under the automatic routes in the courier services.

In a post COVID world as well, the country is not keeping any stone unturned in drawing the attention of global manufacturers and industries. As many global enterprises are planning to diversify from China, India offers a suitable alternate business continuity destination. GOI has formed a high profile empowered group to assist and advise international organizations looking to enter the Indian market. The provincial or state governments are also working in coordination to offer international manufacturers single widow clearance and assistance in quicker land acquisition.

As a natural progression to the Make in India plan, GOI has emphasized on Aatm Nirbhar Bharat (Self Reliant India) & Make for World. The future economic vision is pinned on enhancing domestic manufacturing capabilities, reducing dependence on imports, & fostering export-led growth.

India's relatively underdeveloped infrastructure facilities have undermined its potential to become a manufacturing & export-oriented economy in the past. However, the country has made notable progress in terms of infrastructure development in the past 5-7 years, thereby bridging the gap with other major manufacturing destinations such as China. Notable infrastructure growth is one of the factors driving the remarkable USD 22 billion FDI despite the lockdown.

Under the patronage of the Bharatmala Project, the flagship initiative by the GOI to seamlessly connect numerous urban & rural areas in the country, India is building over 30 KMs highways each day. Even in a post COVID world, India's endeavor towards building a prolific road network remains unperturbed as recently 22 new Green Expressways have been announced. Out of which work has begun on 7.  These Green Expressways will also incorporate business parks, smart villages, and smart cities to further spur coordinated growth.

The GOI has also proposed 35 Multi-Modal Logistics Park (MMLP) that will give a facelift to the Indian manufacturing sector. These MMLP can significantly reduce freight charges & speed-up the overall flow of goods & passengers.

Alongside extensive roadways, there is a strong focus on developing and transforming the railway & airport networks. GOI plans to invest USD 60 billion in modernizing existing airports along with developing new Greenfield projects. Work is also going uninterrupted in a couple of dedicated railway freight corridors. The ambitious bullet high-speed bullet train project has also moved out from conceptualization to implementation phase as land acquisition has begun.

To unlock the potential of the 7500 KM long extensive coastal region, India has embarked on the Sagarmala project. Besides building new ports and modernizes existing ones, the project is also diligently working towards enhancing connectivity to ports through roadways, river water, railways, & pipelines. To accelerate port-led trade, Sagarmala has also announced to develop 14 Coastal Economic Zones (CEZ). These CEZs will be dedicated economic and manufacturing clusters located in the coastal parts of the country. Through policy impetus and tax incentives, GOI will attract various domestic and international companies to come and establish in these coastal regions.

The Delhi Mumbai Industrial Corridor (DMIC) is also undergoing speedy implementation, connecting the political capital of the country with the commercial focal point. The USD 100 billion projects, which is also touted as one of the largest infrastructure projects in the world encapsulates a host of industrial clusters, logistic facilities, & power generation capabilities. It is believed that once fully functional, DMIC will, directly and indirectly, influence the lives of millions of Indians.

In a post COVID world, India will continue to emerge as an alternate business continuity destination. Despite the slowdown in business and economic activities, India's structural robustness remains intact. In June, the country witnessed a trade surplus for the first time in the past 18 years. Besides dip in imports, revival in non-petroleum exports has played a crucial role in India realizing a trade surplus. The USD 22 billion FDI in India during COVID further indicates a strong revival.

As many international manufacturers are diversifying their supply chain, India is a suitable business continuity destination backed by a large domestic market (1.2 billion), a growing middle class with higher disposable income, simplified FDI policies, favorable tax regime, and much more.

Through persistent reform agendas and coordinated policy intervention by the central and state government, India has risen sharply in the World Bank's Ease of Doing Business Rankings. It has jumped 37 positions to reach the 63rd position in 2019. The steep rise in ranking signifies notable progression in the overall business environment, which will be a major pull factor for the FDI capital.